Prehistoric Link for a Modern Ailment

Dinosaurs and Depression, could this be real? 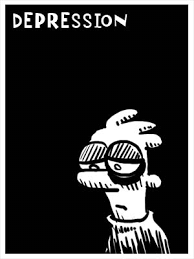 Well, some scientists think so. Some evidence now supports a human DNA trigger for depression and they are saying it may have also existed in prehistoric animals; that’s right, a genetic “switch”. A “switch” that some believe may be the key to turn on or off genes that control our behavior and our moods. And we really thought we had control……. Is it possible we are all “switched”?

Some scientists believe this discovery may hold the key to unlocking depression and explain why some individual’s are susceptible to this illness while others are not; that’s right, a futuristic, genetic focus with a Jurassic Park twist. With this potentially new understanding of depression, further treatments could be developed which address the causes rather than the symptoms of many mental illnesses.

It appears that this same DNA “switch” may have set into motion the feelings of anxiety and fear in prehistoric man. Originally this “switching” may have been functional and preformed as part of our fight, flight or freeze survival system but in modern day man this “switch” may be needed; therefore, a disorder rather than asset.

It appears the amygdale is the center, the command post you might say where all this “switching” happens; the amygdale is part of the brain where processing and recall of emotional reactions happen. If you wake this puppy up all sorts of “flight or fight” responses take place. Interesting HUH? And we thought we had “choice”.

It truly is a new dawn….. or maybe just a better understanding of how what once was beneficial can now be harmful….. I know, you are thinking about that old relationship you thought was once the answer to all your dreams and now is the cause of all your problems….. OK, that again is yet another topic for yet another time…. Later, not today…..

Today is not about choice, only a little food for thought….. If any of this is really true then maybe we don’t have as much choice” as we once thought….. Now, how is that for a pleasant thought…..? ? NOT! Then again…. Switch on – Switch off!

Until later…… Take responsibility for your Own Happiness Today…. Switch or no switch…. It is a good day after all……  This Reservation Recluse calls it a day...
Posted by Dr Michael A Emerson at 1:39 PM